One is the Loneliest Number

One is the Loneliest Number 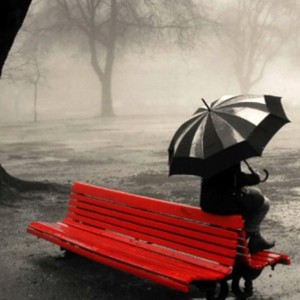 Recovery is a constant battle for some people because they resist the most important change that is required.  Determined to live life on their own terms, they face their addiction with the same philosophy. Echoing the words of Frank Sinatra’s famous tune, they want to “do it my way.”

Ask people who have relapsed what went wrong, and they will so often respond that they “stopped asking for help.”  They allowed themselves to “isolate.”  They no longer called their sponsor or went to meetings.  In short, they thought they could manage their recovery all by themselves.

In the early days of recovery it is much easier to acknowledge that “if you could do it by yourself it would have happened a long time ago.”  Overcoming addiction demands humility, the recognition that recovery is a team sport, and it doesn’t happen by itself.  However, pride is a powerful force, and it can be very seductive when it suggests that you can prove everyone else wrong. It is as if the child within you wakes up and demands to do what it wants, even though everyone is trying to explain how dangerous that can be.

The reality of drug and alcohol addiction is that the diseased areas of the brain have great influence over every other thought.  The emotional center that cries out for the drug of choice is able to overwhelm logical, conscience and good judgment. Preventing these emotion-fueled impulses from regaining control is never easy, and the battle is so much harder without the help of others.

A strong recovery requires some tough admissions.  “I need help.”  I can’t do this by myself.” “I can’t always trust my own thoughts.”  “I don’t have all the answers.”

Bob and Bill W. didn’t stumble upon a miraculous cure when they founded AA.  Rather, they admitted their weakness, and were ready to accept that they needed other people, and God, to help them achieve sobriety.  They saw in the pattern of their own lives that every time they tried to beat their addiction on their own had ended in failure.

Each time I hear someone say “I can’t do this anymore, I need help,” I feel a twinge of excitement and thanksgiving.  The words have been spoke that can lead someone out of their addiction.

We are not meant to travel through life alone.

We need one another, and addiction makes that poignantly clear.

One is the loneliest number.