Pittsburgh, Heroin, and the Road to Hell

Pittsburgh, Heroin, and the Road to Hell

Not long ago a mother from Pittsburgh called me seeking help for her daughter. She described a two year journey that began when her daughter started taking prescription meds for knee surgery.  The family assumed the surgery had not gone well when she continued to take pain pills months after the operation, and it was almost a year later that they realized she had become addicted.  The spiral downward continued, as the daughter began to steal, lie and manipulate to pay for her habit — that had changed from pills to heroin.  The family, the mother stated, was now “living in hell.”

There are a number of reasons why heroin has become one of the most common reasons why people come to treatment centers like St. Joseph Institute.

Some of the blame must be placed on our national obsession with pain medication.  It seems that every ache and pain justifies a trip to the doctor for pills that will make the hurt go away.  A few decades ago a doctor would have prescribed rest, greater care when lifting, or perhaps some exercise.  Today our answer is an opiate based medication.  The United States has 4.6% of the world’s population, but consumes 80% of its opiates and 99% of the world’s hydrocodone.

The problem is that opiates are highly addictive.  Some scientists argue that no one can use an opiate for more than 12 weeks and not become addicted.  Consequently, we have a growing population of opiate addicts – teenagers, adults, and seniors.

Once you are addicted, a second problem begins.  The body develops tolerance to opiates, and it takes more and more medication to achieve the same effect.  Rather than the one pill prescribed, the patient takes two, or three, or four.  The doctor’s prescription is no longer enough, and the individual starts finding new sources of opiates — multiple doctors, pain clinics, or on the street.

Now heroin comes into the picture.  An opiate addiction can quickly become very expensive.  The street price is usually more than $1 per mg, leading to a daily habit that can total hundreds of dollars a day.  In contrast, heroin is less expensive, and the dealers have been offering their product for as low as $5 per bag.  It is estimated that 50% of all heroin users are people who switched from pain pills, usually because of the lower cost.

Once you are addicted to heroin, it is very hard to stop.  Addicts will describe the fear of withdrawal, and how they will do almost anything to avoid the symptoms that begin within hours of the last use.  The cravings become increasingly more powerful, and the mind develops a dependence on the heroin to manage emotions and cope with daily life.  Like an octopus, the arms of addiction grab hold of the brain, both physically and psychologically. 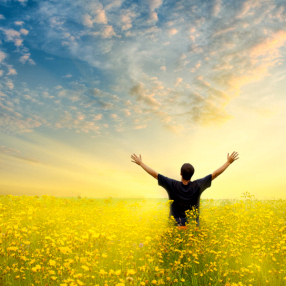 Heroin is stealing too many people – from Pittsburgh to San Diego, Boston to Miami.  The addict needs help to get them through the early stages of withdrawal, and then treatment to learn how to change their lives in ways that help them live without this powerful drug that has altered the way in which their brain works.

I am so proud of our graduates of St. Joseph Institute that are living free from heroin.  It has been a hard journey and their recovery must be a life-long passion.  But freedom from addiction is possible, and that is the good news I told the mother from Pittsburgh.