A Guide to Clonazepam Addiction

A Guide to Clonazepam Addiction 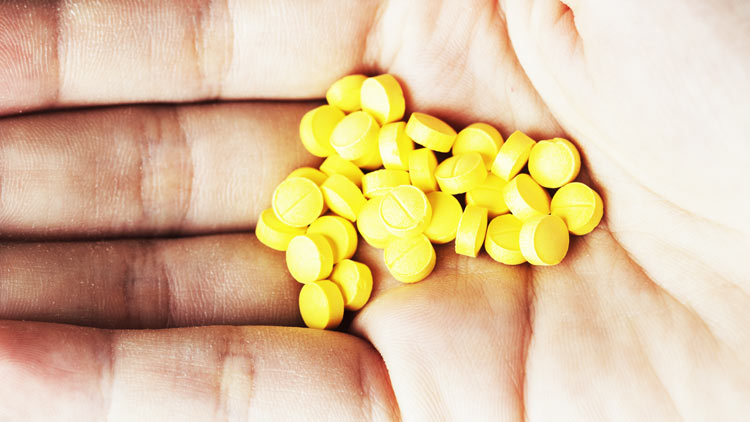 Sold under the brand name Klonopin, clonazepam is used to treat panic disorders in adults, as well as seizure disorders in both adults and children. Like other benzodiazepines, clonazepam has a high potential for abuse and addiction because it creates feelings of peace, relaxation, and euphoria.

Clonazepam was first introduced to the United States in 1975 and remains one of the most widely prescribed medications today. It is a common treatment for short-term management of epilepsy as well as panic disorder with or without agoraphobia. The drug is either swallowed as a tablet or placed on the tongue as a quick-dissolve tablet.

As a benzodiazepine, clonazepam works by increasing the effect of the chief inhibitory neurotransmitter γ-aminobutyric acid (GABA) in the brain. The effects of clonazepam typically begin within one hour and can last for six to 12 hours.

Clonazepam is not normally taken for an extended period of time due to the risk of addiction. One-third of individuals who take the drug for longer than four weeks develop a dependence, even if the drug is taken as prescribed.

Older people metabolize benzos more slowly and are more sensitive to the effects of the drugs at lower dosage levels. Because of this, many doctors recommend that seniors use clonazepam for no more than two weeks.

Clonazepam should not be taken by pregnant women due to the risk of harm to the fetus. It is also not recommended for people who are struggling with depression, as the drug can cause thoughts of suicide.

Long-term abuse of benzos such as clonazepam can also lead to difficulty concentrating, impaired memory, depression, and sexual dysfunction.

Over time, a person who is abusing clonazepam will develop an increased tolerance of the drug. This means they will require continually higher doses to get the same feelings of profound relaxation and euphoria. This greatly increases the risk of an overdose—especially if the clonazepam is being taken with other benzos or alcohol to intensify its effects or if it’s being crushed into a powder and snorted.

An overdose can cause respiratory depression, loss of consciousness, coma, or death. The person may seem excessively sleepy or confused with diminished reflexes and erratic breathing. This is a medical emergency. If you believe someone has overdosed on clonazepam, call 911 for assistance and provide as much information as you can about what substances the person may have taken.

Getting Treatment for Clonazepam Addiction

The first step in getting treatment for a clonazepam addiction is a medically managed detox. Withdrawal from benzos can lead to several uncomfortable symptoms, such as sleep disturbances, irritability, sweating, tremors, panic attacks, nausea, headache, and muscle pain. In severe cases, individuals can experience seizures, hallucinations, psychosis, and thoughts of self-harm. A medically managed detox provides care and 24/7 supervision from a team of professionals to ensure the experience is as safe and comfortable as possible. A person who has been taking high doses of benzos such as clonazepam for an extended period of time should never attempt to quit abruptly on their own.

Detox removes the abused substance from the body, but it must be followed by a personalized treatment program incorporating individual, group, and family therapy as well as various holistic supports to build the foundation for lasting sobriety. If the underlying issues that led to the initial substance abuse are not addressed, there is a serious risk of relapse as soon as the person leaves the treatment facility.

At St. Joseph Institute for Addiction’s Pennsylvania substance abuse treatment center, we’re committed to providing our clients with the support they need to begin lives free from the burdens posed by drug or alcohol abuse. Contact us today to learn how we can help you or your loved one take the first steps toward a brighter future.

Looking for prescription drug addiction treatment near Altoona, PA? To learn more about SJI, and our programs, please contact us at (888) 352-3297.