Addiction Recovery Means Breaking Free From the Trap of Codependency

Addiction Recovery Means Breaking Free From the Trap of Codependency 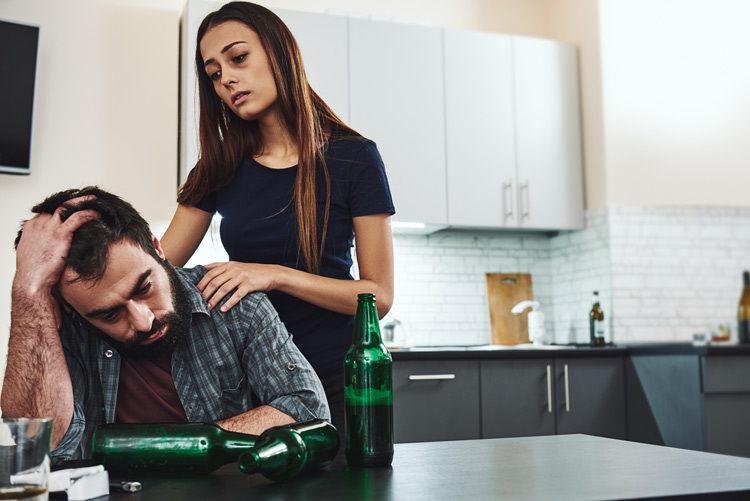 Building the foundation for a lasting recovery requires rethinking past relationship dynamics. Often, the people we work with at our Pennsylvania residential addiction treatment center are involved in unhealthy codependent relationships and need help breaking the cycle of toxic behavior so they can face the future with confidence.

What It Means to Be in a Codependent Relationship

In the context of addiction, a codependent relationship typically involves one person who is struggling with drug or alcohol abuse issues and another person who has fallen into a caretaking role. Although the caretaker has good intentions, they’re ignoring their own well-being and allowing the person with a substance use disorder to continue self-destructive behavior with no consequences. They may lie to cover up addiction-related behaviors, provide money to fund further substance abuse, make excuses to others who express concern about the addiction, or voluntarily take on extra responsibilities that the person with an addiction is no longer handling on their own.

As children, we learn how to relate to others by watching our parents, grandparents, siblings, and other family members. When these people exhibit dysfunctional behaviors, we sometimes learn to adapt in ways that can lead to long-term relationship difficulties.

The “giver” in a codependent relationship often grew up in a home where one or both parents were suffering from addiction or a mental illness. There may have also been patterns of abuse or neglect. To survive, this person often resorted to anticipating the moods of others and planning their behavior accordingly.

The “taker” in a codependent relationship may have also grown up in a home where caretakers exhibited self-destructive behavior patterns. The difference is that this experience led them to develop an avoidant attachment style where they isolate themselves from emotional connection at all costs. They only make an exception in a codependent relationship because the short-term benefits of having a devoted caretaker prove too hard to resist.

Gender Stereotypes Can Play a Role

When women believe that always putting others first is a key part of feminine behavior, they are more likely to make sacrifices that affect their own well-being. For example, a woman may quit a job she enjoys and spend less time with her friends in order to take care of family responsibilities and support her husband’s career. When others praise her for being a devoted wife and mother, she may start to see the “giver” role as her sole identity.

When men believe that they should be the dominant partner in a relationship, they are more likely to seek out people who will put their needs first. Often, they do not recognize the sacrifices their female partners are making on their behalf. When asked to take a more equal role in the relationship, they may feign helplessness in regards to household chores, parenting, or relationship-oriented tasks such as purchasing gifts for a family member’s birthday.

How Codependent Relationships Hurt Both Parties

Codependent relationships aren’t healthy because there is no mutual give-and-take dynamic. It may seem like the “taker” is gaining all of the benefits in this scenario, but the relationship ultimately ends up hurting both parties.

The “giver” ends up defining themselves in terms of the dysfunctional relationship and constantly seeking reassurance of their worth. They feel guilty about circumstances beyond their control and lose track of their identity as a unique individual.

The “taker” never has an opportunity to experience the consequence of their actions or the satisfaction that comes with solving a problem on their own. Subconsciously, they may start to identify as helpless and in need of rescuing.

Over time, a codependent relationship can lead both individuals to struggle with feelings of depression, anxiety, and low self-esteem.

Breaking old behavior patterns isn’t easy, but therapy can help you learn to identify negative behaviors and develop a healthier relationship dynamic. At St. Joseph Institute for Addiction, we encourage family therapy as a way to address codependency issues. Our staff members are also able to make referrals to community-based resources that can provide support to strengthen the family unit.

Are you looking for inpatient alcohol treatment in Pennsylvania? To learn more about SJI Pennsylvania addiction rehab, and our programs, please contact us at (888) 352-3297.