How Dangerous Is Fentanyl?

How Dangerous Is Fentanyl? 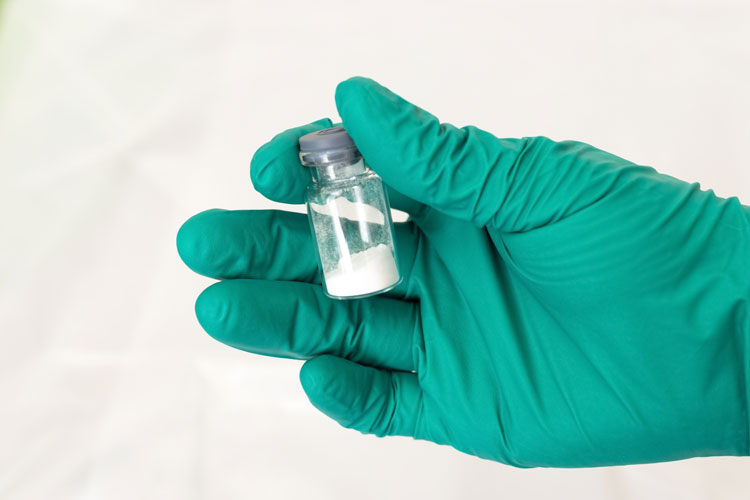 News coverage of the opioid epidemic often mentions that fentanyl has played a large role in rising overdose deaths. Regardless, many people still fail to understand just how dangerous this powerful synthetic opioid can be. According to the National Center for Drug Abuse Statistics, there were 42,700 fentanyl overdose deaths in 2020, and fentanyl was a factor in more than half of all overdose deaths.

In prescription form, fentanyl is known by the brand names Actiq, Duragesic, and Sublimaze. Prescription fentanyl is used when a patient is undergoing surgery or has become tolerant to other forms of opioids. It is found in shots, skin patches, and/or lozenges.

Black market versions of fentanyl go by nicknames such as Friend, Apache, Jackpot, Dance Fever, Goodfellas, and Murder 8. On the streets, fentanyl is often a bright white powder. Other forms may include eyedroppers, nasal sprays, or blotter papers similar to those used with psychedelics such as LSD.

The U.S. Drug Enforcement Agency (DEA) classifies fentanyl as a schedule II controlled substance. This means it has a high potential for abuse, as well as severe physiological and psychological dependence.

Even a single episode of fentanyl use can lead to death, which is why many of the reported overdose deaths come from curious teens and young adults as opposed to those with long-standing substance use disorders. When fentanyl is involved, one poor decision can have devastating consequences.

Another common reason for fentanyl overdose deaths is that users aren’t aware of what they are taking. Due to its high potency and relative ease of production, fentanyl is often used to “cut” other drugs. Users who think they are buying heroin, for example, may be getting a product that contains fentanyl. In some cases, pills made to look like the popular anti-anxiety medication Xanax may be mostly fentanyl.

Common signs of an opioid overdose include:

If you suspect someone has overdosed on fentanyl or any other type of opioid, call 911 immediately. Provide as much information as you can about their symptoms and what you think they may have taken, then stay with them until help arrives. Lay them on their side to prevent choking, and try to keep them awake.

Naloxone, most often under the brand name Narcan, is an anti-overdose medication that quickly reduces the effects of opioids and buys the patient enough time to seek further treatment at a hospital. Paramedics and other emergency service personnel carry naloxone, but this medication is also available at local pharmacies for anyone who is concerned about a friend or family member potentially overdosing on fentanyl or other types of opioids. In Pennsylvania, the Department of Health’s Acting Physician General, Denise Johnson, has signed standing order prescriptions for naloxone.

The extreme danger associated with fentanyl makes it vital that someone with an opioid use disorder enter treatment as soon as possible. Medically managed detox safely and effectively removes all abused substances from the body, while individual, group, and family therapy focuses on building the skills necessary for ongoing sobriety.

For someone with an opioid use disorder, medication-assisted treatment offers key benefits. A recent study of patients on methadone or buprenorphine to treat opioid use disorders found that these individuals were 50% less likely to relapse than those who were being treated with psychosocial treatments alone. Other studies have found that medication-assisted treatment significantly reduces the risk of overdose death.

Medication-assisted treatment is sometimes viewed as replacing one addiction for another, but that viewpoint fails to understand that addiction is a chronic illness with both biological and environmental triggers. Just as you wouldn’t stigmatize someone for needing medication to treat diabetes or high blood pressure, people using medication to treat opioid use disorders are taking the steps needed to protect their health. When used as directed, these medications help patients manage cravings and move towards a lasting recovery.

At St. Joseph Institute for Addiction, we provide a full continuum of care for men and women struggling with substance use disorders as well as co-occurring mental health conditions. We encourage you to contact our admissions representatives today to learn more about how our treatment programs can help you or your loved one break free from the burden of addiction.

Are you or someone you care about searching for Pennsylvania opioid addiction treatment? To learn more about SJI Pennsylvania addiction rehab, and our programs, please contact us at (888) 352-3297.