Addiction and Co-Occurring Disorders: A Double Whammy for Treatment Goals

Addiction and Co-Occurring Disorders: A Double Whammy for Treatment Goals 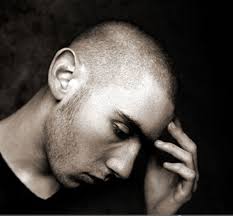 Co-occurring disorders are mental illnesses, such as depression, anxiety, PTSD, or OCD, that occur in people who are also suffering from drug or alcohol addiction. This is sometimes referred to as a dual diagnosis.

The National Alliance on Mental Illness (NAMI) reports that most mentally ill people who struggle with drug or alcohol addiction are men between 18 and 44. However, women and older adults can also have a dual diagnosis.

How Mental Illness Creates a Vulnerability to Addiction

Mental illness makes people more vulnerable to drug and alcohol abuse because there is an impulse to self-medicate symptoms that can have a negative effect on one’s qualify of life. For example:

Self-medicating may be done for several different reasons. Some people lack the resources necessary to obtain a proper diagnosis, while others are simply afraid to discuss their symptoms with a healthcare provider due to the societal stigma surrounding mental illness. In the case of severe illnesses such as schizophrenia, self-medicating can also be a response to unpleasant side effects associated with certain prescribed medications.

Self-medicating mental illness with drugs and alcohol is problematic because it’s only effective in the short term. Tolerance quickly develops, requiring higher doses of the abused substance to achieve the same effect. This leads to withdrawal symptoms when the substance is no longer being used and will eventually intensify the symptoms associated with the underlying mental illness.

Other factors that contribute to the high percentage of mental illness in people who suffer from drug or alcohol addiction include:

While most people with co-occurring disorders exhibited symptoms of mental illness before developing drug or alcohol addiction, it’s possible for addiction to create symptoms of a mental illness. For example, long term abuse of ecstasy can create changes in the brain that lead to issues with depression and anxiety. There is also some evidence to suggest that substance abuse in the teen years increase the risk of developing a mental illness later on in life, since drugs and alcohol can affect the growth of brain.

A recovery plan for someone suffering from a mental illness and drug or alcohol addiction should include the following:

Making the decision to seek addiction treatment can feel a bit overwhelming, but know that is the first step in regaining control of your life and planning for a brighter future.