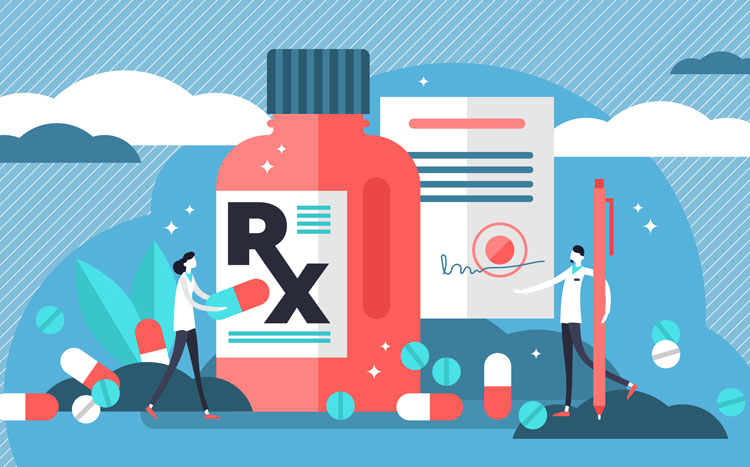 When most people think of the abuse of prescription medications, they imagine individuals who are struggling with an addiction to opioid painkillers. However, benzodiazepines also have a significant potential for abuse and addiction.

Benzodiazepines, often simply called benzos, are a class of prescription drugs most commonly used to treat anxiety. However, they are also frequently prescribed for patients suffering from insomnia or seizures.

Examples of common benzos include:

How Common Are They?

Benzos have been widely available since 1960s, although the full addictive potential of these drugs wasn’t understood until much later. At the time, Valium was commonly taken by housewives to cope with the stress of managing a household and viewed as a relatively harmless habit. In fact, Valium earned the nickname “Mother’s Little Helper” thanks to the hit 1966 song of the same name by The Rolling Stones.

Doctors now know that benzos are only safe when used short term or on an intermittent basis. However, prescriptions have risen dramatically in recent years. A recent study found benzodiazepine prescriptions increased 67 percent from 1996 to 2013. Benzos use is particularly high among the elderly, who are often prescribed the medication to deal with anxious agitation that occurs as the result of dementia.

One recent news report indicates that teen abuse of Xanax is on the rise. Teens who would never touch opioids due to an extensive knowledge of the risk involved are abusing Xanax because they mistakenly believe this is a safer alternative. Often, they’re stealing the medication from their parents or grandparents. These teens are often suffering from anxiety, but have not had access to the appropriate mental health treatment.

How Does Benzos Addiction Develop?

In most cases, people who are addicted to benzos start out taking a legal prescription. They may have specific symptoms that are being helped by the medication, but not fully understand the consequences of long-term use or taking the medication in ways that are not doctor-approved.

Potential signs of an addiction to benzodiazepines include:

It is important to note that substance use disorders can affect anyone. People of all ages, races, and socioeconomic backgrounds can develop an addiction to benzos. Factors such as unemployment, peer pressure, and a family history of substance abuse problems increase the risk, but addiction can still develop even without any known risk factors.

Can Someone Overdose on Benzos?

It’s a common misconception that prescription medications are inherently safer than black market illegal drugs. Any addictive substance has the potential for addiction and overdose if it’s being misused.

Potential signs that could indicate someone is suffering from a benzos overdose include:

If you suspect someone is suffering from a benzos overdose, take action immediately. Call 911 for assistance, describing the symptoms you’ve observed and offering any information you have about what medications you think the person has taken. Someone who is experiencing an overdose will not be capable of seeking help on their own, so your intervention is essential.

Narcan, the lifesaving drug that blocks the potentially fatal respiratory depression associated with an opioid overdose, does not work when someone has overdosed on benzos. A similar drug, flumazenil, has the same effect but is rarely available outside of hospitals.

What Treatment Options Are Available for Benzos Addiction?

Attempting to abruptly discontinue benzos use at home can cause painful withdrawal symptoms as well as potentially deadly seizures. For this reason, the safest course of action is to gradually taper off the medication under a doctor’s supervision. Additional monitoring is necessary if the person is also abusing opioids, alcohol, or any other addictive substances.

Following detox, someone struggling with an addiction to benzos needs both individual and group counseling to promote the development of the coping skills necessary to deal with anxiety without the use of addictive substances. Holistic treatments such as yoga or meditation might be suggested as well. If the underlying anxiety that led to a dependency on benzos is not addressed, there is a very high possibility of relapse.

St. Joseph Institute provides access to a full continuum of care for individuals struggling with a benzos addiction, allowing them to live happy and productive lives free from the burden of substance abuse.

Looking for addiction treatment near Altoona, PA? To learn more about SJI Pennsylvania addiction rehab, and our programs, please contact us at (888) 352-3297.