Masculinity, Trauma, and Addiction: Breaking the Cycle of Toxic Masculinity to Get Men the Help They Need

Masculinity, Trauma, and Addiction: Breaking the Cycle of Toxic Masculinity to Get Men the Help They Need 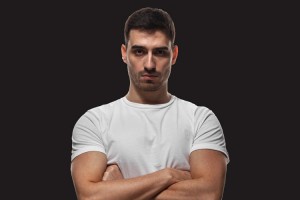 The gender-based differences in addiction are hard to ignore.

According the National Institute on Drug Abuse:

What Is Toxic Masculinity?

Toxic masculinity refers to a narrow and oppressive definition of manhood where aggression is valued and emotions are seen as a “feminine” weakness. Elements of toxic masculinity can include:

Toxic masculinity is problematic because it discourages building emotional connection with others. When compassion, empathy, understanding, and service to others are seen as exclusively feminine traits, men miss out on developing the meaningful relationships that can provide a support system in times of crisis. This places them at a much higher risk of depression, suicide, and criminal violence as well as substance abuse.

Toxic masculinity is perpetuated by cultural stereotypes as well as gender-based parenting. When parents say “Boys don’t cry” or movies show characters drinking to the point of blacking out after a bad day at work, young men form an inherently self-destructive idea of how they should behave.

The Relationship Between Toxic Masculinity, Trauma, and Addiction

Men who develop a sense of identity based on toxic masculinity are ill-equipped to deal with traumatic events such as:

Instead of talking about how they feel and finding healthy ways to process these emotions, men who exhibit signs of toxic masculinity turn to drugs and alcohol. Substance use provides a temporary escape from their troubles, but eventually creates new problems by causing health issues, diminished job performance, and strained relationships with family and friends. This starts a vicious cycle in which substance abuse becomes an even larger part of a man’s daily routine until a full-blown substance use disorder has developed.

Men who have a family history of addiction have a significantly higher risk of developing a substance use disorder due to genetic risk factors and environmental influences. Often, growing up with a father, grandparent, uncle, older brother, or other male relative who struggles with drug or alcohol addiction serves to further distort an individual’s view of how a “real man” should act.

Breaking the Cycle by Promoting a Broader Understanding of Masculinity

Toxic masculinity is a social construct, which means that men have the ability to choose a different path for themselves. This may include:

Developing a broader understanding of what it means to be a man also includes seeking the help you need to be resilient in the face of adversity. Addiction is considered a chronic illness, but there is always hope for a brighter future.

At St. Joseph Institute for Addiction, we offer personalized evidence-based care for individuals struggling with substance use disorders. Our treatment includes:

If appropriate, clients are encouraged to develop care plans that include treatment for depression and other mental health disorders as well as process additions such as gambling, sex addiction, or an addiction to pornography.