Getting Help for a Loved One with a Crystal Meth Addiction

Getting Help for a Loved One with a Crystal Meth Addiction 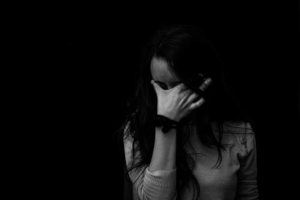 Known on the street as ice or crank, crystal meth is a highly addictive stimulant that causes users to feel energetic, euphoric, and invincible. The meth epidemic gets less public attention than the opioid epidemic, but it’s impossible to overstate the danger this drug poses to users and the people they love. If your friend or family member is addicted to crystal meth, they need treatment as soon as possible.

How Crystal Meth Spread Throughout the United States

Crystal meth was first discovered in the 1980s when the people making amphetamine for West Coast motorcycle gangs discovered that adding ephedrine—an ingredient found in over-the-counter cold remedies—produces a drug that is twice as potent. Mexican cocaine traffickers quickly realized the potential of this discovery and began supplying ephedrine to the biker gang cooks. They circulated the finished crystal meth through the United States, quickly attracting new customers as the meth epidemic took off in the late 1990s and early 2000s.

Government officials have passed many laws designed to slow the growth of crystal meth use in the United States, but addiction remains widespread. There are three primary causes of the epidemic:

To some extent, the meth epidemic has also been fueled by the rise in opioid addiction. Opioid users often turn to crystal meth to create a longer lasting and more intense high.

A crystal meth addiction is generally quite easy to spot. While addiction is considered a progressive illness that develops over time, the problems associated with meth use develop much more quickly than with other types of addictive substances.

Signs that someone is addicted to crystal meth include:

Crystal meth addiction affects nearly every aspect of a person’s life. An untreated addiction can lead to:

Note that the dangers of meth extend beyond the direct effects it has on the person who is using the drug. If meth is being made at home, there is a real risk of fires and explosions from chemicals that are incorrectly combined. The toxic fumes from the ingredients used to make the drug can also have negative health consequences for those who live in the area. This includes breathing problems, infections, headaches, nausea, mental confusion, and an increased risk of certain types of cancers.

The effects of passive exposure are most pronounced among young children who live in a home where meth is being made. There have been multiple cases of children testing positive for meth after being removed from a home where the drug was being produced. These children often end up in foster care, which creates additional stress and trauma in their lives.

When pregnant women use meth, their babies are born addicted to the drug. They have a higher risk of mental and physical abnormalities, as well as the complications generally associated with premature birth.

Overcoming crystal meth addiction isn’t easy, but St. Joseph Institute for Addiction can provide the evidence-based care your friend or family member needs to begin their recovery journey. Our program focuses on helping clients build the skills for lasting sobriety via intensive individual, group, and family therapy accompanied by 12-Step support and holistic treatments that promote a wellness-focused lifestyle. When clients graduate from our Pennsylvania residential addiction treatment center, they have access to relapse prevention and continuing care services that support their transition back to independent living.

To learn more about SJI PA mental health and addiction recovery center, and our programs, please contact us at (888) 352-3297.