Getting Help for a Marijuana Use Disorder

Getting Help for a Marijuana Use Disorder 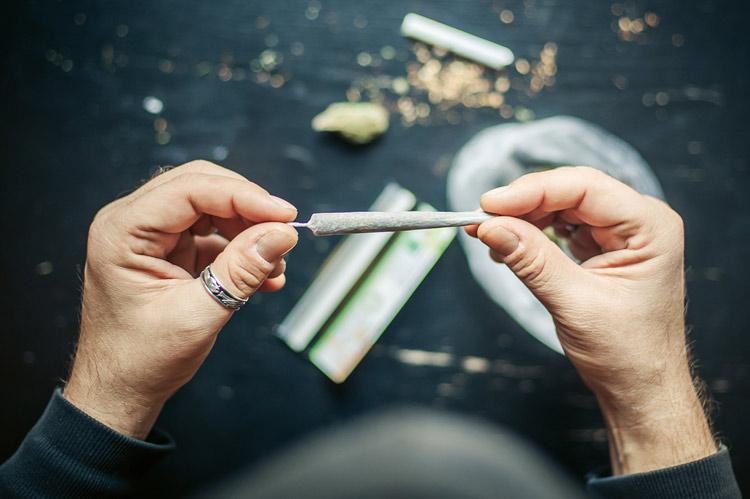 According to the National Institute on Alcohol Abuse and Alcoholism (NIAAA), part of the National Institutes of Health, 6.3% of adults will meet the diagnostic criteria for a marijuana use disorder at some point in their lives. However, this condition often goes untreated due to a general misunderstanding about the risks associated with abuse and addiction.

Today’s Marijuana Is Stronger Than Ever Before

Although marijuana benefits from the public perception that it’s mostly harmless, there’s significant evidence to suggest today’s marijuana is more potent than ever before. Tests of marijuana seized by the U.S. Drug Enforcement Administration have shown a steady increase in delta-9-tetrahydrocannabinol, or THC, levels over time. THC is the main compound that is responsible for the psychoactive effects of the drug.

Marijuana Can Be a Gateway Drug

Although a marijuana use disorder can have significant negative impacts on its own, it’s also possible for marijuana to serve as a gateway drug that encourages the development of additional substance abuse problems. According to the National Institute on Drug Abuse, marijuana use is associated with an increased risk of developing an alcohol use disorder within three years or having a preexisting alcohol use disorder worsen in severity, as well as an increased risk of nicotine addiction. The risk is highest among teens and young adults because their brains are still developing, and exposure to cannabinoids negatively affects the reactivity of the brain’s dopamine reward centers.

Marijuana also acts a gateway drug because it benefits from increased social acceptability. While most parents would immediately take action if they discovered their child was experimenting with heroin or cocaine, they would likely write off marijuana use as a product of youthful curiosity. Young people who wouldn’t think of touching harder drugs may see marijuana use as a low-risk way to fit in with their peers. Without knowing it, they open the door to more serious addiction issues.

A marijuana use disorder isn’t always easy to spot. Like other substance use disorders, this condition is a progressive illness. In the early stages, it’s easier for the affected individual to hide the problem from their loved ones.

Signs that suggest further evaluation may be needed include:

Someone who is using marijuana excessively may also struggle with weight gain, mood swings, memory problems, and impaired coordination. They may say or do things that seem out of character—especially if they suffer from co-occurring mental health disorders like anxiety or depression.

Many people with marijuana use disorders also regularly consume alcohol. There is some evidence to suggest that alcohol increases the absorption of THC—thus increasing the symptoms associated with continued abuse of marijuana.

Marijuana use disorders are about twice as common in men than women. Younger people are also significantly more likely to struggle with the condition than people over age 45. However, it is important to keep in mind that anyone—regardless of age, gender, or socioeconomic background—can suffer from a substance abuse problem. Addiction doesn’t discriminate.

Substance abuse treatment must be personalized to meet the needs of each individual, so treatment at St. Joseph Institute for Addiction begins with a comprehensive evaluation to determine specific strengths, weaknesses, and recovery goals. Marijuana use disorders are rated as mild, moderate, or severe based on the number of symptoms and the level of impairment they create.

The continuum of care for someone with a marijuana use disorder generally begins with a detox to rid the body of the abused substance followed by intensive individual, group, and family therapy. Treatment helps build the skills for sober living by encouraging the development of a strong support system, effective communication with loved ones, and healthy ways to deal with stress or negative emotions. When clients graduate from our Pennsylvania residential addiction treatment program, we offer relapse prevention and continuing care services to help support an effective transition back to independent living.

The recovery journey can be challenging, but there’s always hope for a brighter future. Contact us today to learn more.